An acronym of Electro Optical System, EOS is also the name of the goddess of the dawn in Greek mythology. Boasting an attractive product lineup that caters to a variety of user needs and an extensive series of EF lenses, with which Canon strives to expand the boundaries of imaging expression, the EOS series has supported a great many users throughout its long history. It also enabled Canon to maintain the No. 1 share of the global interchangeable-lens digital camera market for 16 consecutive years from 2003 to 20182.

The EOS series began with the EOS 650 (released in March 1987), a next-generation AF single-lens reflex (SLR) camera featuring the world’s first fully electronic lens mount. Production of the EOS series began in what was then Canon’s Fukushima plant and now takes place at several locations including Taiwan, Miyazaki, Nagasaki and the lynchpin Oita Canon where production is carried out under stringent product quality management. Following the release of the EOS 650, Canon continued to introduce products featuring innovative technology that realize speed and comfort such as the high-end EOS-1 (released in 1989) and the EOS Kiss (released in 1993) expanding the EOS series that cater to a range of users from amateurs to professionals.

From the year 2000 onwards, as the pace of digital SLRs (DSLR) adoption picked up, Canon sought to create even more appealing products. The EOS series’ core concept was expanded to include “high image quality,” achieved through such proprietary, cutting-edge technology as CMOS sensors and DIGIC image processors.

In 2003, Canon released the compact and lightweight EOS Kiss DSLR at an affordable price, which contributed to the wider adoption of interchangeable-lens digital cameras.

Through the EOS 5D series, which contributed to the use of interchangeable-lens cameras for video capture, and the establishment of the Cinema EOS System of professional digital cinematography products in 2012, Canon extended its video technology to the B2B sphere as it entered the video production industry.

In 2018, Canon continued to explore new approaches with the EOS series with the launch of the EOS R System which employs the new RF Mount.

Expanding from its beginnings in still photos to the realm of video, the EOS series has come to support a wide range of users, from entry-level to professional. Canon will continue to pursue “speed, comfort and high image quality” as the core concept of the EOS series, further strengthening and expanding the EOS System towards expanding the culture of photographic and video imaging.

[2] Based on units sold. According to a Canon survey 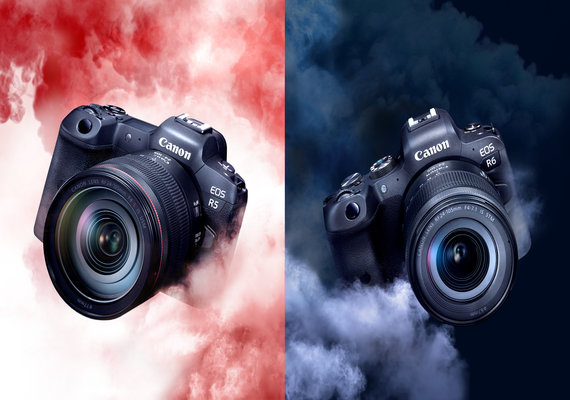